I presented my working paper on the legal infrastructure for text data mining at IPSC yesterday and I promised to post my slides. Here it is: Public, Matthew Sag, Legal Infrastructure for TDM (IPSC August 2018). I won’t be posting a draft online for a while because I want to get more feedback from people actually working in this area. But if you would like an advanced draft, please email me.

I made an annotated version of Section 512 of the Copyright Act — the DMCA Internet Safe Harbors — for my Copyright Law class and I thought that others might find it useful. My thanks to Annemarie Bridy (University of Idaho College of Law) for her helpful suggestions and additions.

Please note that this document an aid to understanding the DMCA safe harbors, it is not comprehensive, nor is it guaranteed to be free from error. Draft date: April 26, 2017.

Defense Against the Dark Arts of Copyright Trolling

Jake Haskell and I have accepted an offer of publication at the Iowa Law Review. Iowa published my empirical study of copyright trolling in 2015, so it seems right to place a follow up piece there as well.

Defense Against the Dark Arts of Copyright Trolling is available now on ssrn (http://ssrn.com/abstract=2933200)

This will be my 4th publication in Iowa since 2015, the others being:

My brief response to some comments at IPSC today re software functionality and expression.

Writing software obviously involves considerable human ingenuity, however, no one buys software to appreciate the expressive attributes of its source code. The difference between software and other forms of written communication can be demonstrated by asking the question, “what makes it good?”

For most works of authorship, there really is no consensus. However, computer scientists and software engineers will inevitably respond that good code is simple, readable, efficient, and well structured. No one says that software should be expressive, moving, that it should speak to the human condition or have emotional resonance. Software is primarily functional and good software is good because it functions well and does things that people want done.

I downloaded a selection of the longford comments re DMCA Section 512 and ran some basic word searches to try and organize the material. It would be great to someone do this on a more systematic basis! Even better if they tried some topic modeling.

At the end of the day, I am going to have to read most of these, but I am glad I don’t have to read them all!

Comments and key words (2) in Excel.

Most IP academics agree that their data should be available for replication, but we don’t always follow through in a timely fashion (or at all!). Yesterday I published some analysis of the latest filing data on copyright, patent and trademark litigation in US district courts. Today I published the underlying data on my website (under the publications+/data sets tab). There are two datasets, one derived from Pacer (excel) (stata) and one derived from Bloomberg (excel)(stata). 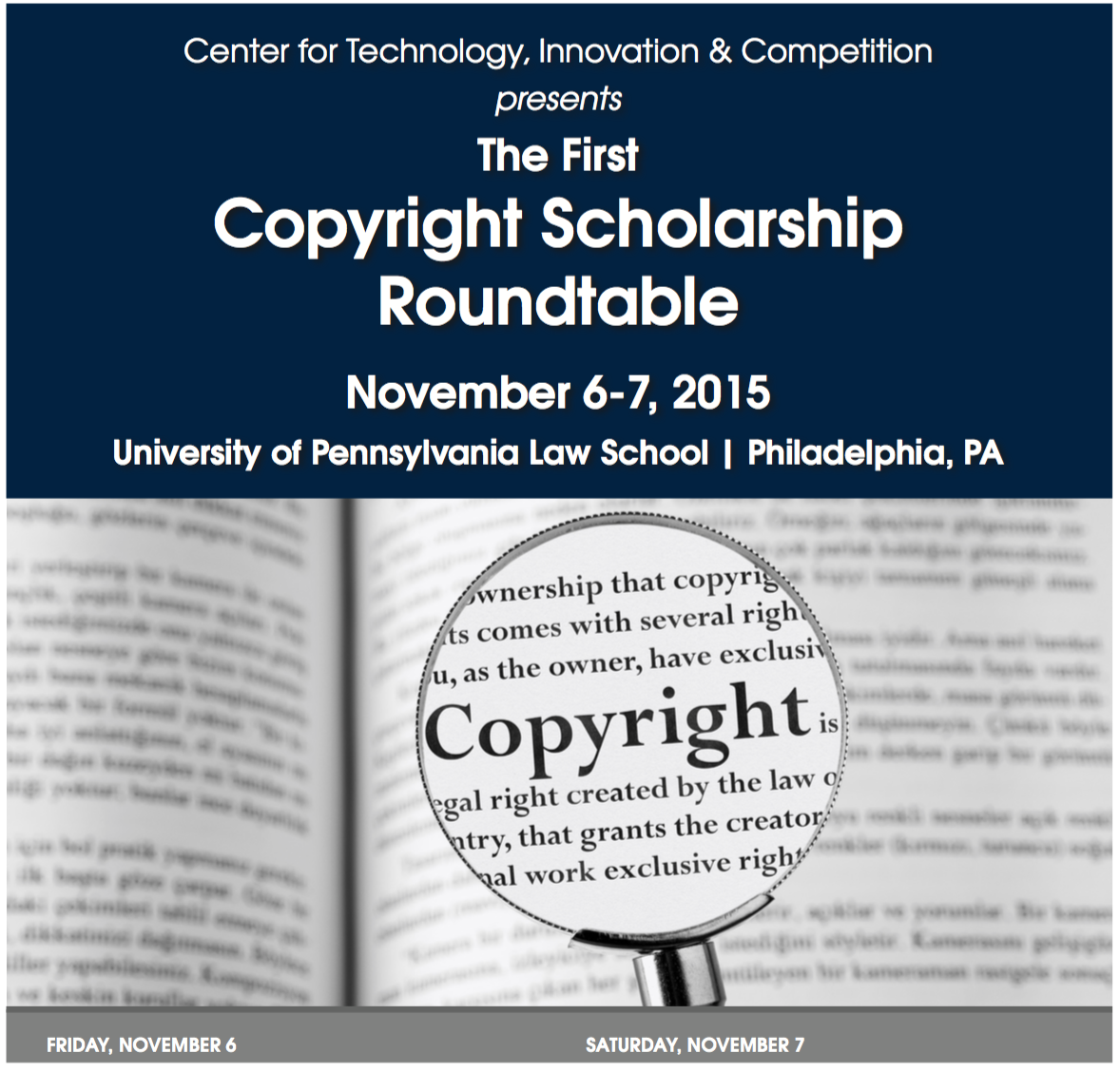 The First Copyright Scholarship Roundtable will begin tomorrow at the University of Pennsylvania Law School. The event is sponsored by U. Penn’s Center for Technology, Innovation & Competition and was organized by Shyam Balganesh and myself (but mostly by Shyam). 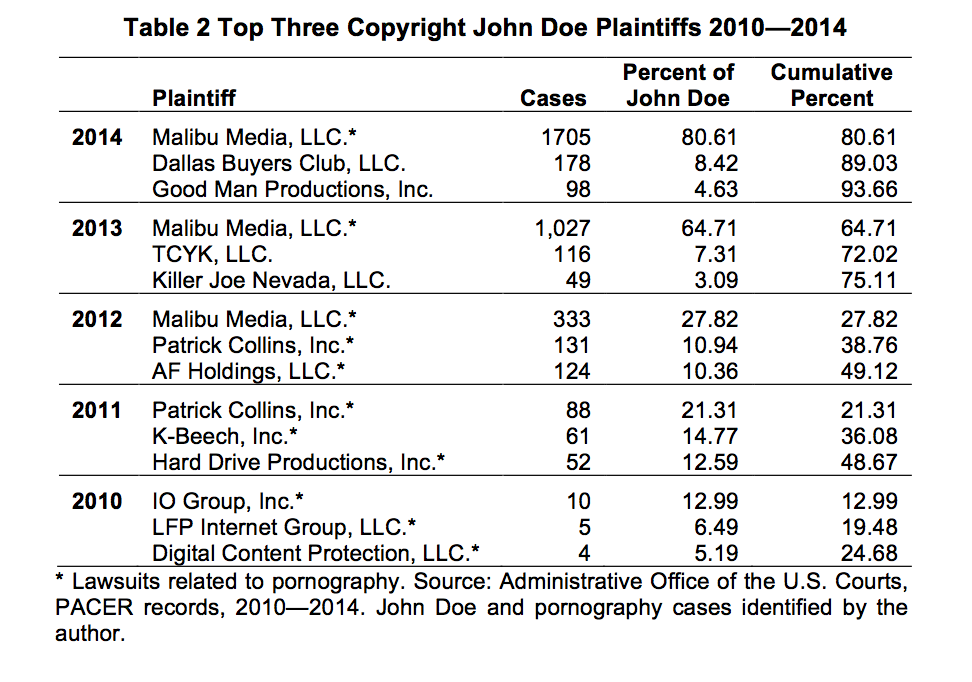 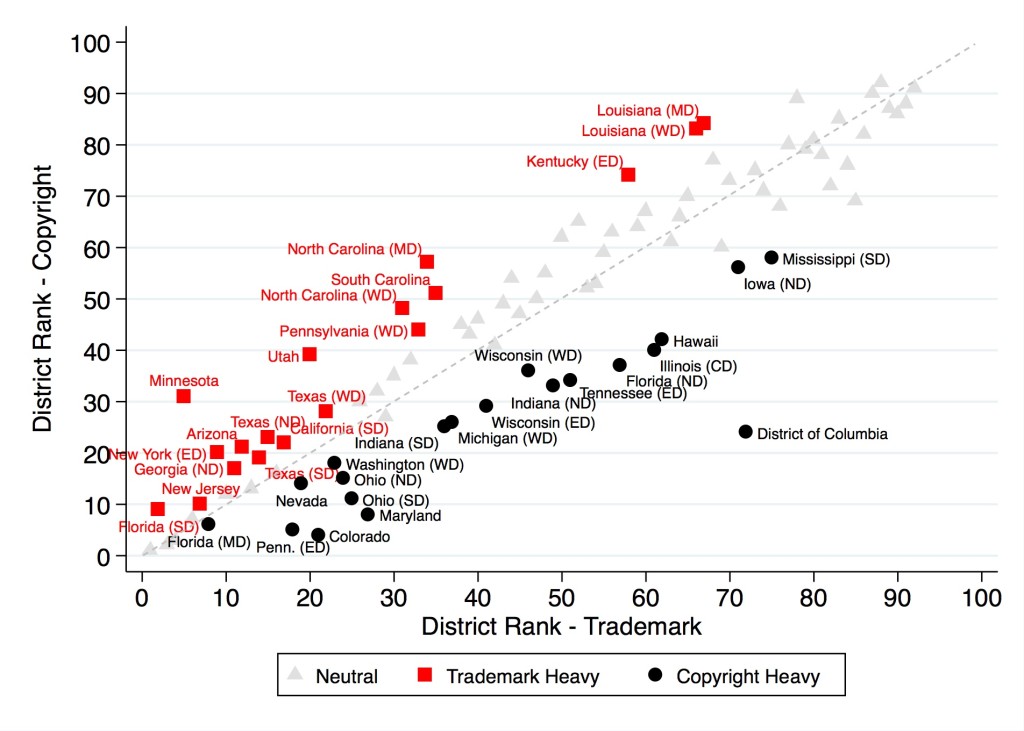 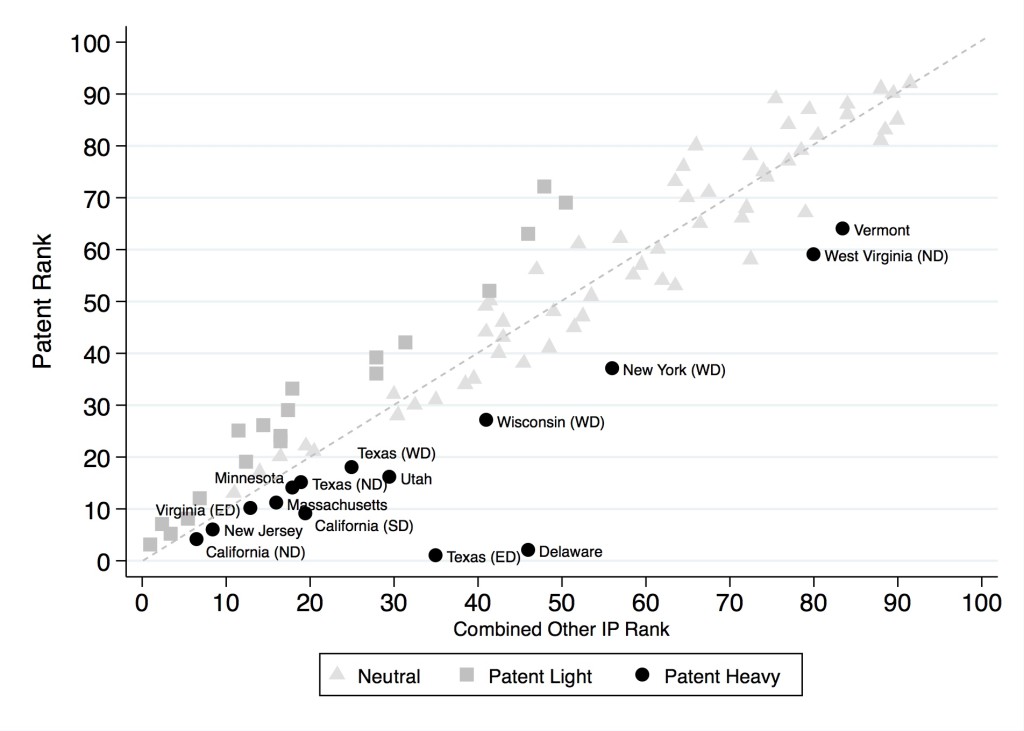 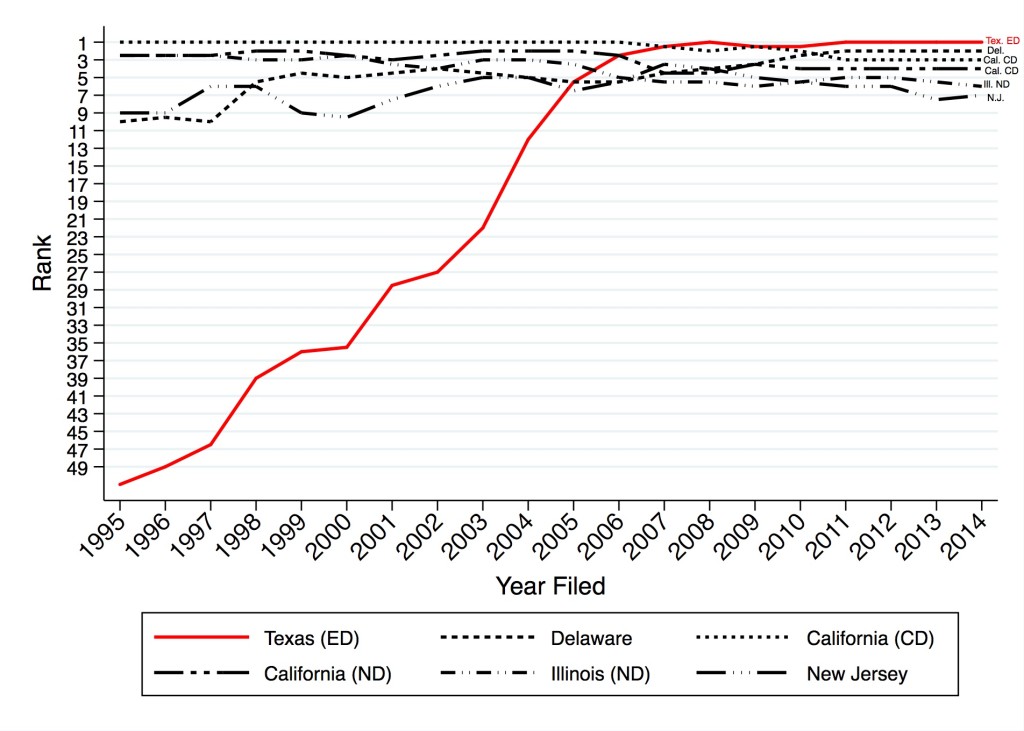 I hope to have a draft chapter posted to SSRN soon.

The literature surveyed is summarized below. As far as I know, this is all there is.