On October 19, the Institute for Consumer Antitrust Studies is co-hosting a conference on Brands, Competition, and the Law along with University College London.  This is the follow-up to a very successful program on the same theme in London in December 2011.  A book with selected papers and comments from these conferences will be forthcoming.

We have assembled an all-star lineup of economists, marketing and branding professionals, as well as antitrust and IP lawyers and professors to try to reach a common understanding of the meaning and impact of brands in the market place and the appropriate legal regime. The full details and registration information for the conference are available at http://www.luc.edu/law/academics/special/center/antitrust/brands_competition_law.html.

There is a great story today on io9.com illustrating just why automatic copyright filtering can never be a complete solution to online copyright issues. In short,

Dumb robots, programmed to kill any broadcast containing copyrighted material, had destroyed the only live broadcast of the Hugo Awards.

Apparently, a licensed clip from Dr. Who (which would have been fair use even if it had not been licensed) triggered the filtering software and exterminated the webcast. Companies like Ustream are of course free to implement whatever dumb software they like, but if filtering becomes the norm we will all be subject to prior restraint by mindless automatons. I, for one, do not welcome our new robot overlords.

This is not the first time that Australia has considered adopting a more open-ended approach to copyright limitations and exception. The 2005 “Fair Use Review” by the Attorney-General’s Department also looked at the appropriateness of introducing a general fair use exception. That review led to some piecemeal reforms, but left Australia with its complicated labyrinth of exceptions keyed to particular uses of particular types of works under particular circumstances, all subject to a balancing test not unlike the U.S. fair use doctrine.

The new ALRC report makes some interesting observations about how things have changed since the last time this issue was considered.

“There has been a noticeable degree of change with respect to technology and social uses of it, even since the Fair Use Review. In its preliminary discussions with some stakeholders and others with an interest in copyright, the ALRC heard that there may now be more of an appetite for a broad, flexible exception to copyright—perhaps based on US-style fair use—than in late 2006.

In January 2008, Barton Beebe’s empirical study of US fair use case law through to the year 2005 was published. (B Beebe, ‘An Empirical Study of US Copyright Fair Use Opinions, 1978–2005’ (2008) 156 University of Pennsylvania Law Review 549). He argued that the results ‘show that much of our conventional wisdom about that case law is mistaken’.

In 2009, [Pamela] Samuelson published her ‘qualitative assessment’ of the fair use case law, which was built upon Beebe’s study (P Samuelson, ‘Unbundling Fair Uses’ (2009) 77 Fordham Law Review 2537). Samuelson has argued that ‘fair use is both more coherent and more predictable than many commentators have perceived once one recognizes that fair use cases tend to fall into common patterns’.

Earlier in 2012, Matthew Sag published his work that built upon these two studies (M Sag, ‘Predicting Fair Use’ (2012) 73 Ohio State Law Journal 47).  He went further than Samuelson and ‘assesse[d] the predictability of fair use in terms of case facts which exist prior to any judicial determination’. He argued that his work demonstrates that “the uncertainty critique is somewhat overblown: an empirical analysis of the case law shows that, while there are many shades of gray in fair use litigation, there are also consistent patterns that can assist individuals, businesses, and lawyers in assessing the merits of particular claims to fair use protection.”

In my view, if Australian companies are going to have a fair chance to compete in the global digital economy, Australia needs to adopt a more flexible approach to copyright exceptions and limitations. When new issues arise in the United States, they are dealt with by the courts. Litigation is far from perfect, but it beats waiting around for a slow-moving, special-interest-beholden, narrowly focused legislative process. More often than not,  Australian copyright law tends to echo the results of United States cases, just with a significant delay that limits the innovation opportunities of Australian companies.

Without a fair use doctrine, Australian innovators need to wait for permission regardless of how fair their intended use might be. In contrast, their American counterparts can back their own judgement as to fair use, and ultimately, if necessary, defend that judgment in court.

Online submissions to the ALRC can be made here. A final Report will then be delivered by 30 November 2013. 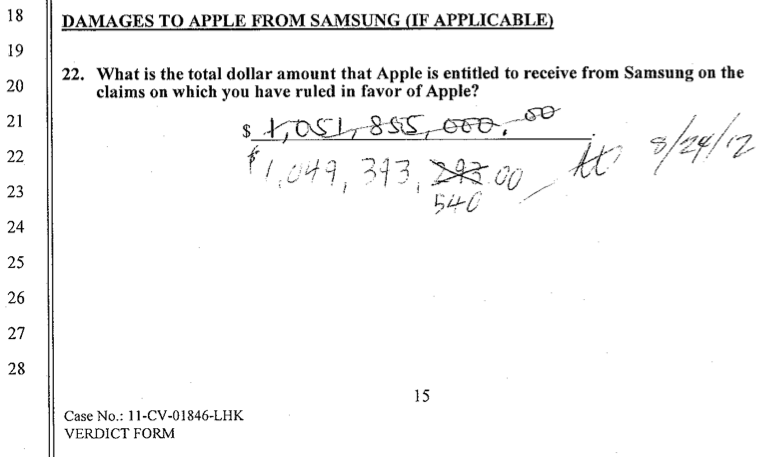 I just read James Grimmelmann’s amusing and insightful post, Google Books: Even Friends of the Court Have Enemies. He concludes that “The opposition, overall, is a litigation tactic for the sake of tactics; I don’t see how it helps the plaintiffs either substantively or strategically.”

I won’t comment every time James says something worthwhile about the Google Books litigation, it happens far too often.

The Judge presiding over Authors Guild v. Google granted leave to file for the Digital Humanities brief and an amicus brief by the American Library Association, the Association of College and Research Libraries, the Association of Research Libraries, and the Electronic Frontier Foundation. The Judge also ordered the Plaintiffs to respond to the amici curiae briefs by September 17, 2012 in a memorandum of law not to exceed 40 pages.

40 pages seems like quite a bit, so it should give the Authors Guild a chance to address all the case law they have conveniently ignored until now. This might be an indication that the court is taking the arguments of the amici seriously, or just that Judge Chin did not want to hear any morecause for compliant from the Authors Guild et al.

A majority of the Ninth Circuit Court of Appeals does not seem to think so, thus raising the question of the extent to which copyright allows newsworthy public figures to control their images in the press.

Singer/model Noelia Lorenzo Monge secretly married her manager and music producer Jorge Reynoso in a Las Vegas chapel in 2007. The couple kept their marriage a secret, even from their parents, for two years until a memory chip in a borrowed car found its way to the TVNotas magazine. The magazine published six of the stolen photos—three of the wedding ceremony and three of the wedding night.

The majority decision in Monge v. Maya Magazines, 2012 U.S. App. LEXIS 16947 (9th Cir. Aug. 14, 2012) takes a narrow view of the scope of fair use. Compared to the district court, the majority takes a stronger view on the right of first publication and a less generous view on the significance of news reporting:

The majority dismissed the defendant’s claim to transformative use and distinguished the similar case of Núñez on the basis that in Núñez “the pictures were the story, and the newspaper in Núñez did not seek to manufacture newsworthiness, nor did it scoop the story.” The majority suggested that whereas one photo as evidence of the event may have been fair use, publishing six “undoubtedly supplanted Plaintiffs’ right to control the first public appearance of the photographs.”

The majority contends that the public interest in a free press cannot trump a celebrity’s right to control his image and works in the media—even if that celebrity has publicly controverted the very subject matter of the works at issue. Under the majority’s analysis, public figures could invoke copyright protection to prevent the media’s disclosure of any embarrassing or incriminating works by claiming that such images were intended only for private use.

The implications of this analysis undermine the free press and eviscerate the principles upon which copyright was founded. Although newsworthiness alone is insufficient to invoke fair use, public figures should not be able to hide behind the cloak of copyright to prevent the news media from exposing their fallacies.

Supra is the word of the year.

Without all the Bluebook clutter it looks like this:

The order is here. It is likely that the rest of the case will be put on hold while this question is addressed, and yet the Hathitrust litigation is rolling on. The Authors Guild, which represents only 8500 authors, is trying to cash a billion dollar check (they hope) on behalf of a class of millions. Class action lawyers and copyright lawyers will be watching this case very closely.

A new study by Patricia Aufderheide, Peter Jaszi, Katie Bieze and Jan Lauren Boyles, explores the problems that journalists face engaging with copyright and employing the doctrine of fair use. The study was based on open-ended interviews with 80 journalists across a range of media platforms.

The good news is that in situations that journalists have been dealing with for years, their collective intuitions about good practice map pretty closely onto the fair use case law. This is striking because the journalists appear to know very little about copyright law of the ins and outs of fair use. Sometimes the journalists quoted in the study were comically wrong:

“When somebody dies, … it’s in the public domain” … “If you can find it on the Web, then anybody can use it, and anybody can take it.”

So how do journalists get it right? The journalists mission to report the news, space constraints, norms of attribution and originality all lead journalists to seek to use their source material transformatively and limit that use to what is necessary. As the authors note:

“They routinely asked themselves if they were merely appropriating information in order to avoid work, or whether they were repurposing that information in a way matched to their mission to inform the public.”

More troubling is finding that in new media situations journalists did not understand their fair use rights. In this context,

“interviewees were often unable to make a timely decision or justify it to a gatekeeper. They operated from risk analysis, without knowledge of actual risk or of their actual rights.”

The study finds when in doubt, journalists routinely self-censor, causing delays, increasing costs, and even failing their journalistic mission.