Is the American Invents Act working? 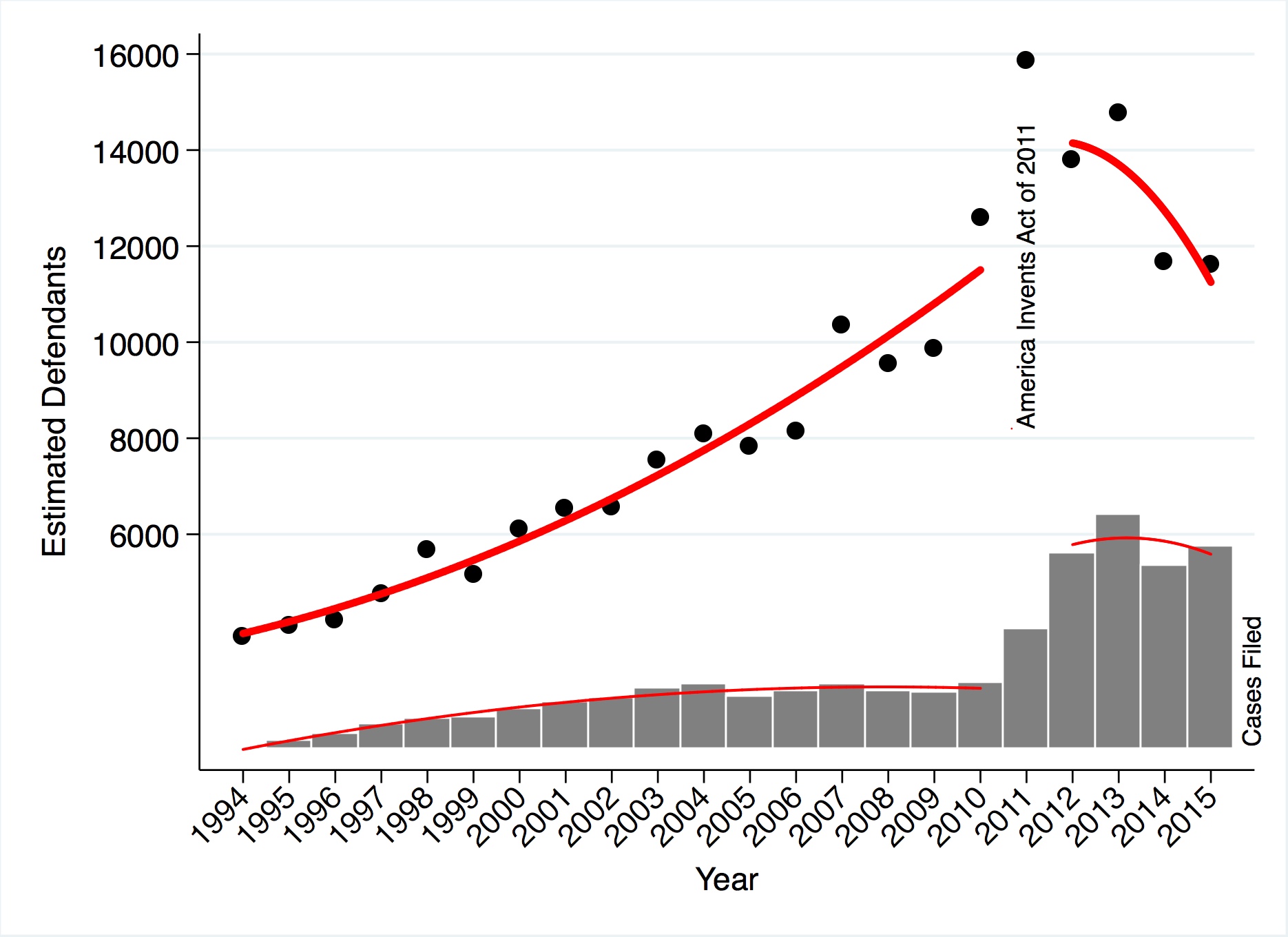 Patent Litigation in Eastern District of Texas, All Other Districts Source: Bloomberg Law, 1994–2015. 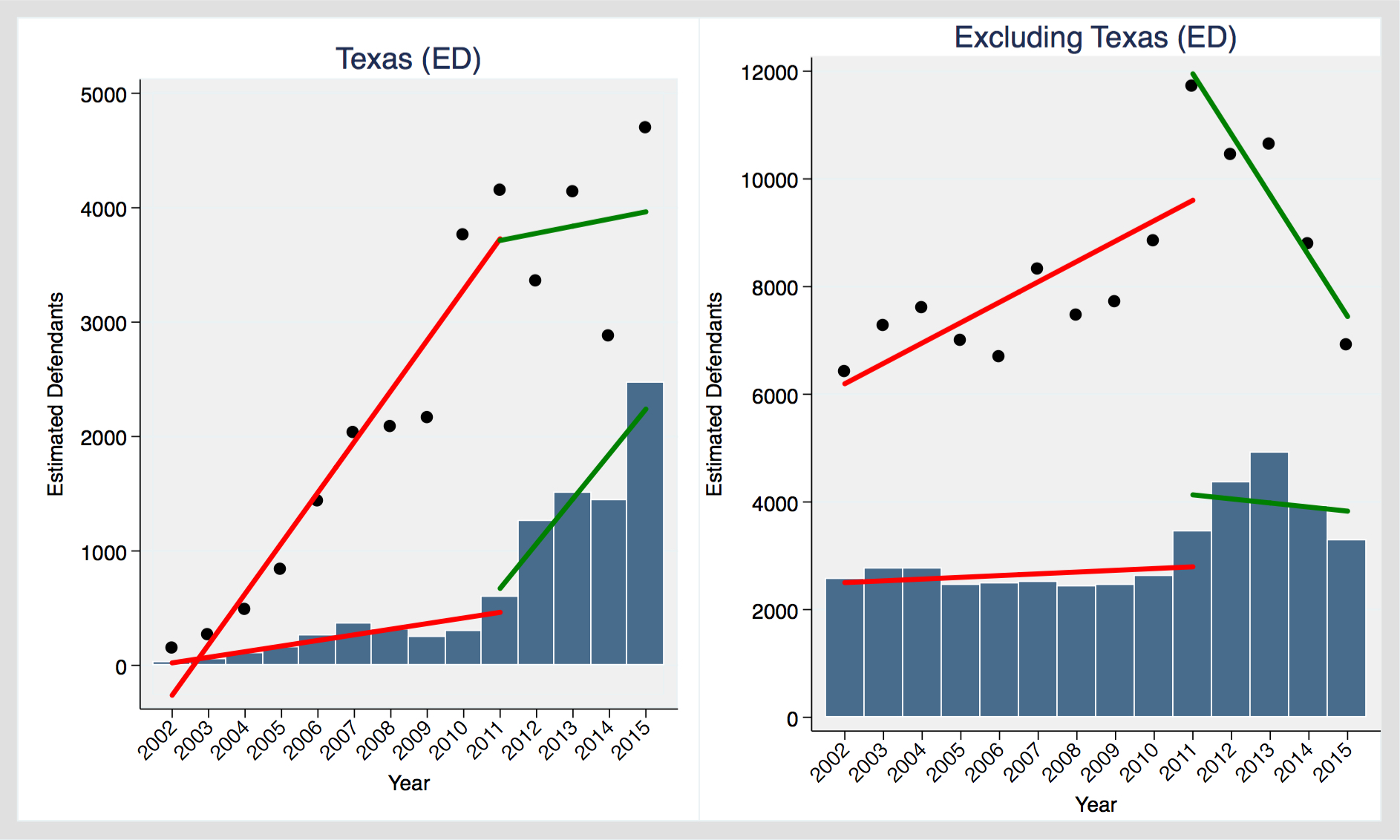 According to this superficial data (no attempt to control for marco-economic factors), etc, it looks like the AIA is having an effect, just not in the Eastern District of Texas.

For an extended discussion of the data used in this post, see my forthcoming article, IP Litigation in United States District Courts: 1994 to 2014 (Iowa Law Review, forthcoming 2016). You can download the underlying data on my website (under the publications+/data sets tab).