Introduction to the 2015 Update

This is the first in a series of posts discussing the 2015 Update to the data in my forthcoming article, IP Litigation in United States District Courts: 1994 to 2014 (Iowa Law Review, forthcoming 2016).

This update contains new data on

You can read the 2015 Update in serial form in the posts that follow, or you can download the entire update as a pdf file from ssrn.com. See Suggested citation, Matthew Sag, IP Litigation in United States District Courts—2015 Update (January 5, 2016). Available at SSRN: http://ssrn.com/abstract=2711326.

The two most important trends in IP litigation over the last five years have been the extraordinary increase in patent and copyright litigation and the corresponding relative decline of federal trademark litigation. These trends continued in 2015. 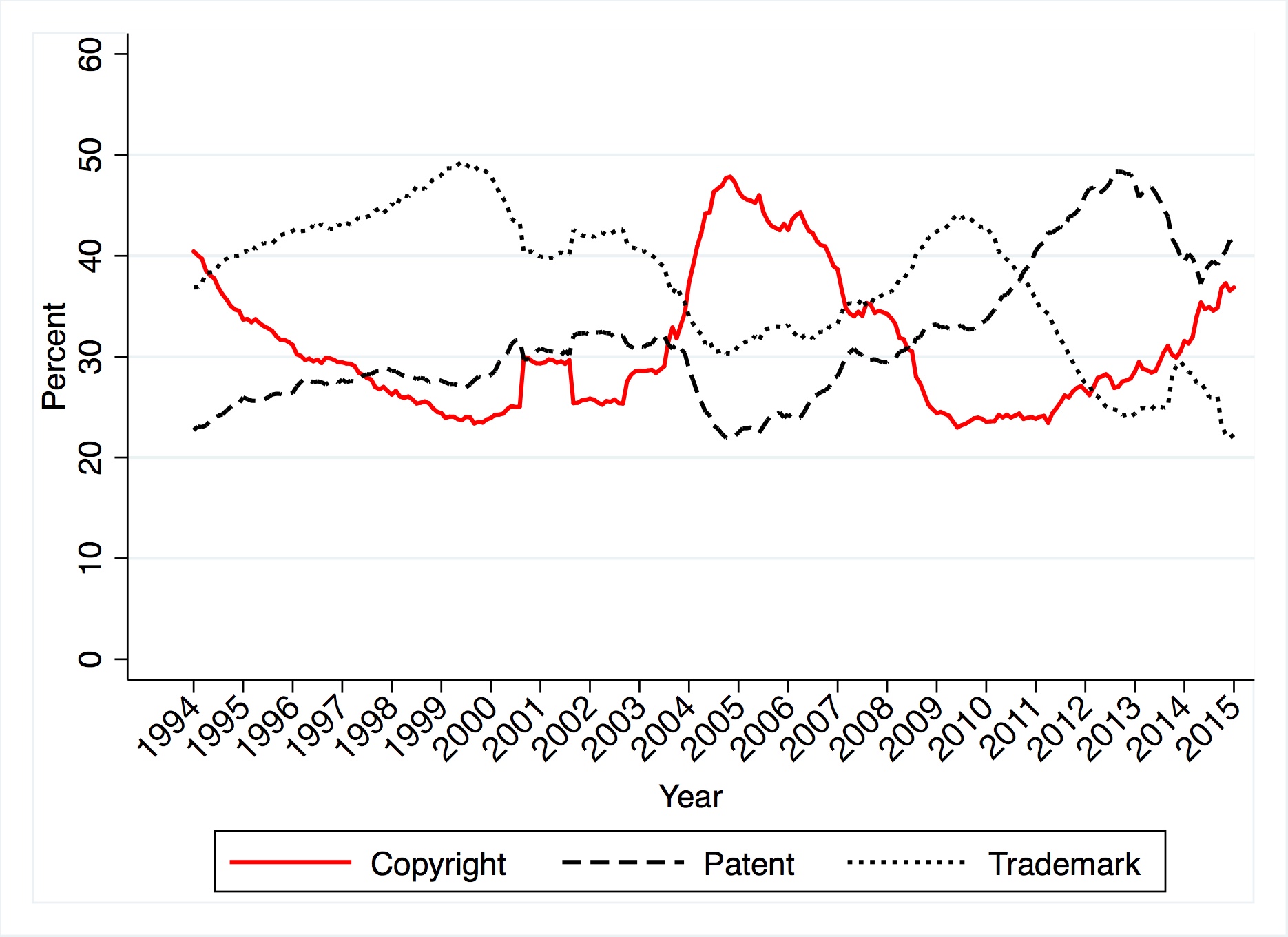 Figure 1 (above) shows the relative proportions of copyright, patent and trademark cases filed, based on a 12 month moving average between 1994 and 2015. As the figure makes plain, the relative shares of copyright, patent and trademark have fluctuated quite significantly over the period. The proportion of cases in the federal IP docket did not change significantly from 2014 to 2015 (39% in 2014, 41% in 2015); however, copyright increased significantly from 32% to 37% and this was matched by a corresponding decline in trademark litigation from 29% to 22%. Complete year-by-year data from 1994 to 2015 are presented in Table 1 (below). 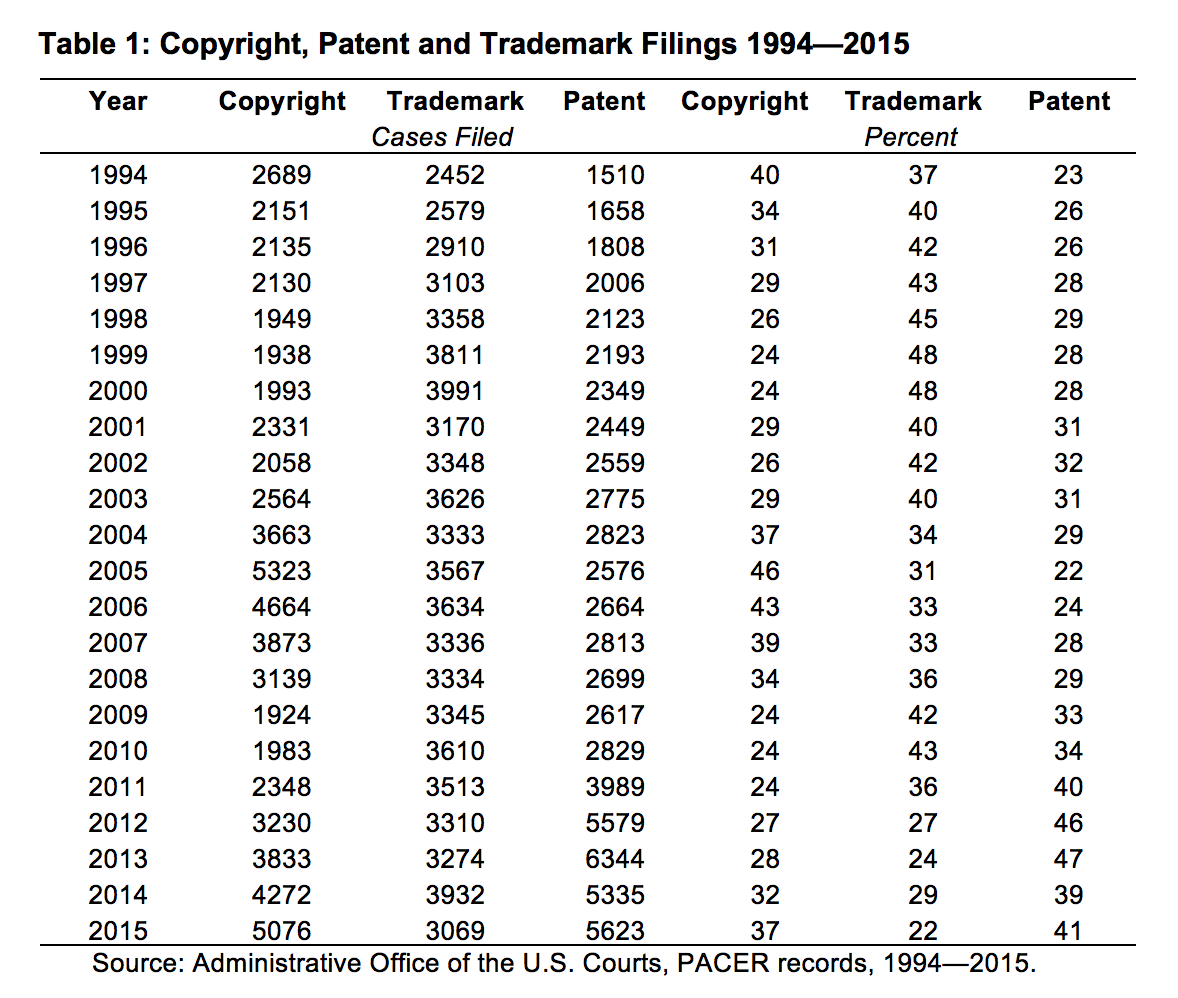 The increase in copyright and patent litigation can be seen even more clearly in Figure 2 (below) which shows the raw number of cases filed for each type of IP (displayed as a 12 month moving average). 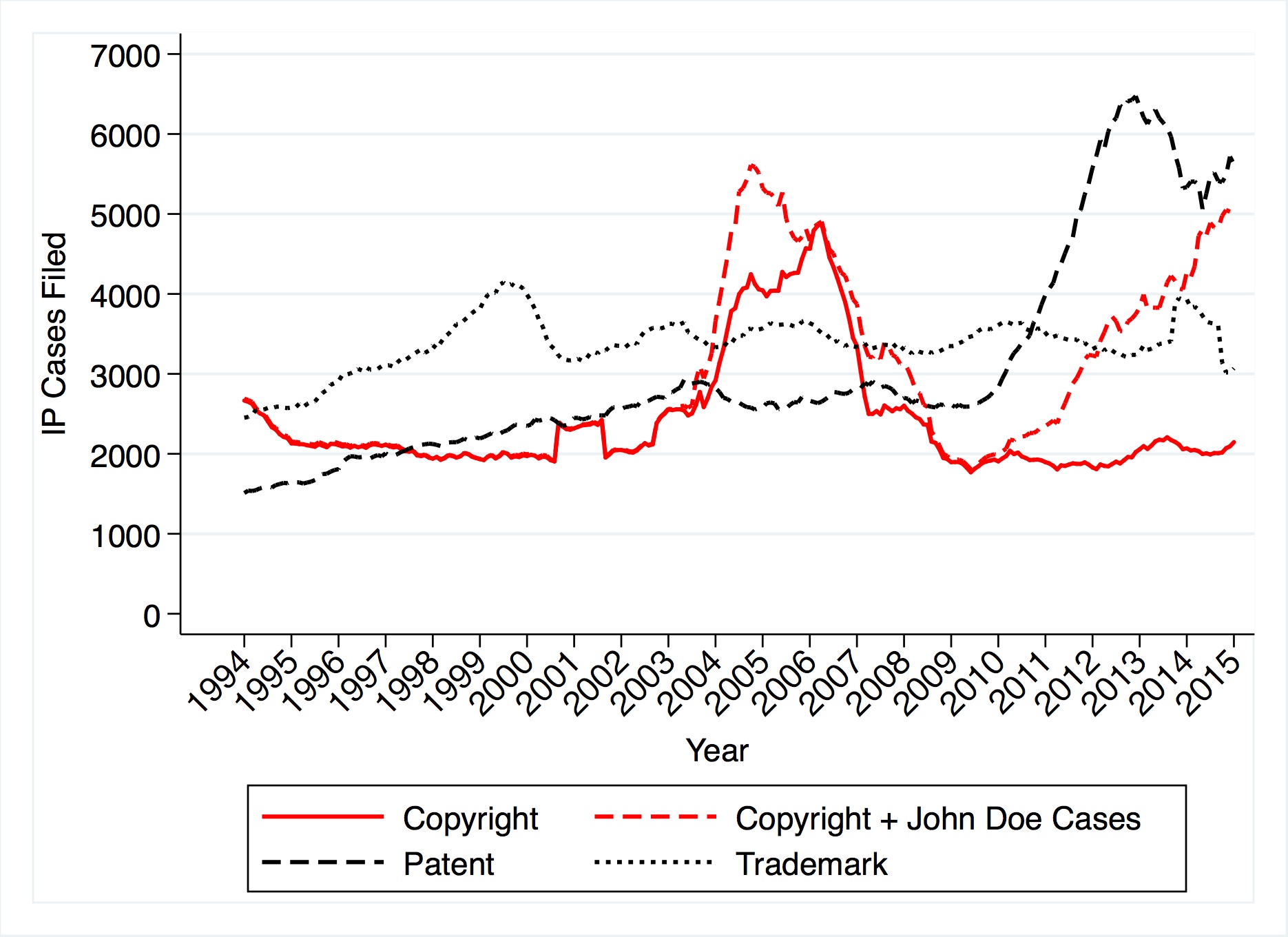